Welcome to Globassure, your 24/7 insurance expert. Trusted by families and corporations for their international medical & travel needs. In partnership with all global insurance providers.

Partner who is who

Who iS BUPA Global? The Bupa group helps millions of people around the world to live longer, healthier and more productive lives. As a group, Bupa has been looking after the healthcare needs of individuals and businesses for over 60 years and in that time the group has grown to become a truly global company with over 10 million members. BUPA has offices in the UK, Hong Kong, Thailand, Saudi Arabia, India, USA, Denmark, Egypt, France and Spain and works with an impressive network of brokers and business partners all over the world. Their never-ending passion for quality and customer satisfaction has made the Bupa name synonymous with great healthcare service. BUPA’s market has grown significantly since Bupa Global was launched in 1971. The world of medicine has evolved, the number of expats has increased and technology is now unrecognizable. BUPA is proud to say that it has evolved also. BUPA is now one of the world’s leading international medical insurance providers with a customer base spanning 190 countries, a network of over 7,500 hospitals and access to over 200,000 medical providers worldwide. The Bupa group now has over 10 million members, 115 nationalities in 190 countries, 7,500 recognized hospitals worldwide. BUPA global continues to win numerous industry awards for service including Best International Private Medical insurance provider nine times in the last 10 years at the health insurance awards. As a provident association, they have no shareholders to pay dividends to, which means that their profits can be reinvested back into their services. The Bupa brand, was recently voted a ‘Superbrand’ by the UK Superbrand Council and is synonymous with high quality private healthcare. 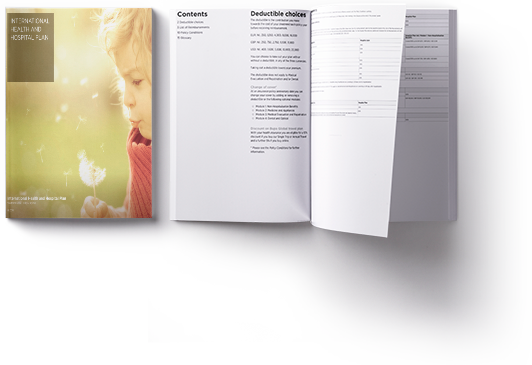 The International Health Plans of BUPA are generally addressed to internationally mobile individuals and families. With these plans, you and your family can get access to the treatment you need qui

The International Health Plans of BUPA are generally addressed to internationally mobile individuals and families.

With these plans, you an

The International Health Plans of BUPA are generally addressed to internationally mobile individuals and families. With these plans, you and your family can get access to the tr

and stay tuned with our latest news and offers.